Waking up to rain pattering gently on the windows, the Italian guy across the aisle asked “Vientiane Centrale?” Arrivals aren’t very well announced in Laos, I noted. “If it is, it’s pretty different to Milano Centrale,” I responded, noting the red dirt-turned-mud that our bags were being thrown on to from the safety of their hold under the bus. 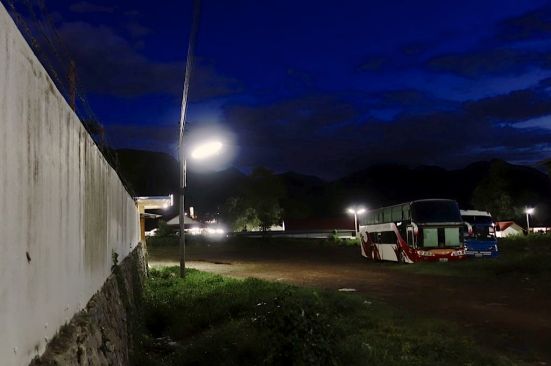 While the swarming tuktuk drivers overinflated their already inflated tourist prices to get into town, we mustered a group together and made our way into sleepy Vientiane early this rainy Friday morning. 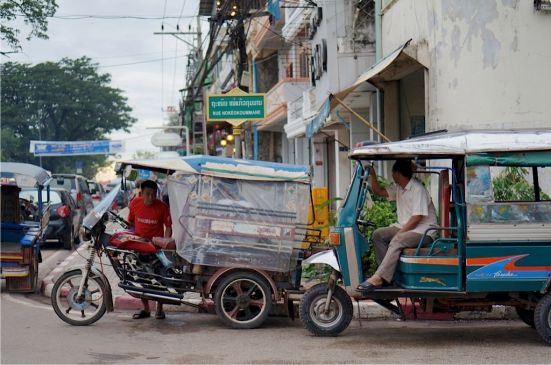 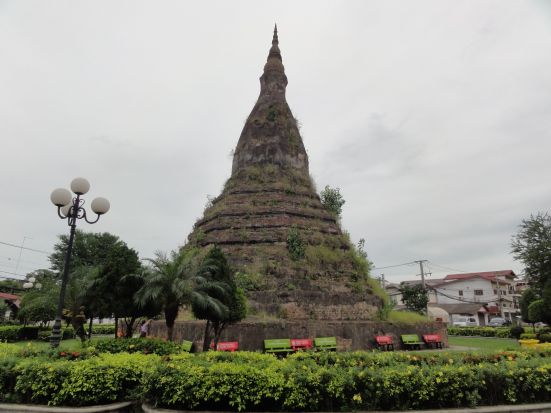 It turns out Vientiane isn’t just sleepy in the morning though, it’s also sleepy during the day and at night, except for a few groups of dancers at sunset along the promenade. 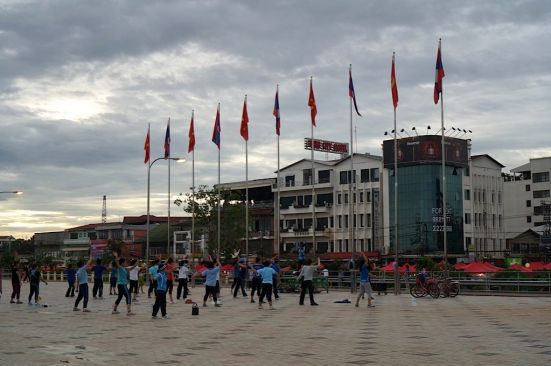 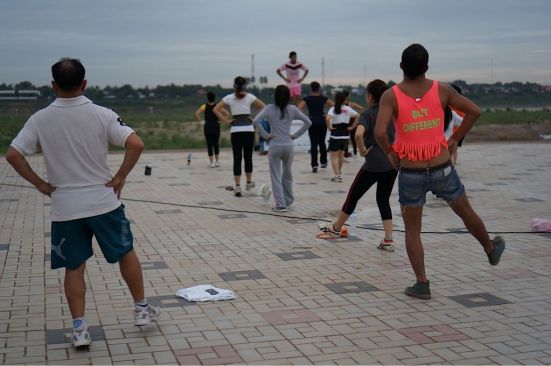 Once again, we hired bikes to get around Vientiane. We took them to see Pha That Luang, often called the most important national monument in Laos.

We rode them to Patuxai, or Victory Monument, which is sometimes referred to as the Vertical Runway. Why, you ask? Because the concrete used to build it was originally donated to Laos to build a runway. What a way to stick it to a country offering you aid.

We spent a harrowing afternoon at the COPE Visitor Centre, learning about the after effects of the Vietnam war on Laos and the realities of healthcare (or lack thereof) in a poor and developing nation. 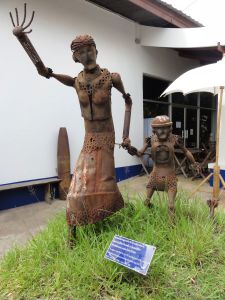 And we were reminded once again just how different life is here when we saw a couple of four year olds playing with a wire attached to a power pole, by a puddle, on the edge of a busy street, parents nowhere to be seen.

Laos was hard to get to know and the people were much more reserved than other parts of Southeast Asia. I only wish I could have spent more time there to visit smaller villages and to see what else the country has to offer.